I woke up yesterday morning and made the sleepy descent from my bed to the living room where I found this lovely vase with those strangely died mums(?) on the kitchen counter and a card propped up next to it.  TheBrit can be so sappy.  I love that man.  I would’ve taken a picture of them there, on the counter, but…well…I live in my house.

I added a number to the times I’m holding onto thirty-nine.  I’m not saying how many numbers I’ve added.  It doesn’t really bother me, though.  When we were out to a fabulous dinner with friends and family last night one of them asked if this made thirty-seven. Ha!  Somewhere slightly north of there.

My brother-in-law, who knows very well many this makes, told my six-year-old nephew to ask me.  As if that were a dig.  I proudly announced how many this makes.  Bring ’em on, I say!  Bring ’em on!  If I stop having them it’s gonna mean I had a really bad day.  Really.Bad. So keep ’em comin’!

I’ve really had a month-long celebration.  ‘Cause that’s just how I roll! Seriously, TheBrit had a fantastic idea for a birthday present.  I couldn’t be happier with what I got.  So we went together to pick it out.

Give me food because I’m cute! 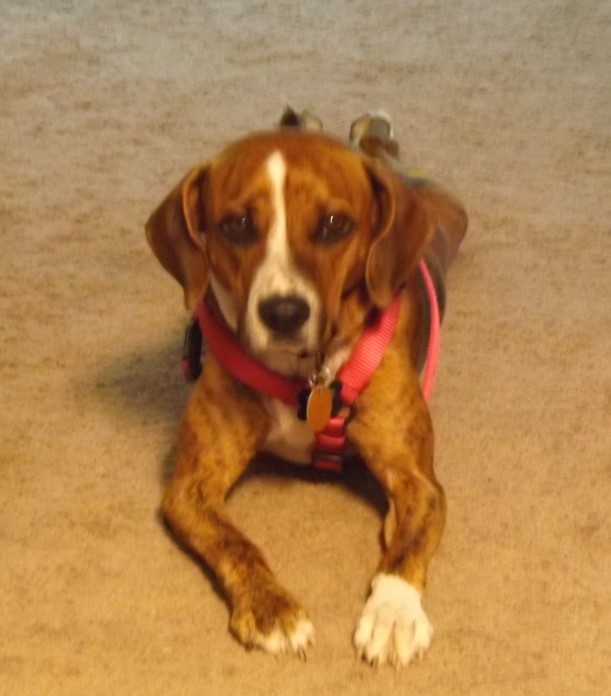 Meet Miss Sara.  We went to the local animal shelter to find her. She was listed as a Boxer/Beagle mix and was only a few days away from her limit at the shelter.  Isn’t she the cutest thing?  And she’s the perfect companion to Dottie.

I haven’t had my coffee yet – don’t eff with me!

Dottie had been with other dogs, best as I can tell, her whole life.  Her foster family had other dogs and she missed having a companion.  She was kind of sad.  So I had to get a dog for my…dog.  Having another dog around has helped Dottie to come out of her shell some, too.  It’s obvious her first owner either abused her or allowed her to be abused.  She’s still a tiny bit skittish if we walk directly toward her head-on, but other than that she’s golden.  Dottie has mellowed out so much and I don’t think she’s done.  She loves TheBrit to pieces now, which we were unsure about her coming around to.  She got a bit jealous of the new girl and decided to join in on the lovefest! 🙂

Happy Birthday to me!  Four legged friends make me happy.

I can’t leave you without a song, though.  Here’s my birthday theme song for this year: 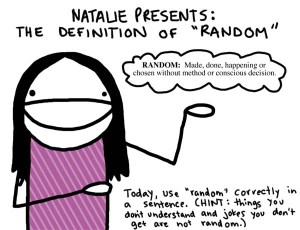 So there are a handful(I think) of blogs that I used to follow that just randomly disappeared from my “Blogs I Follow” list. I don’t know when this happened, why it happened, or how.

I don’t understand.  Is this a joke I just didn’t get?  Natural selection? Are any of you having this same issue?

Anywho, I just re-followed a couple that I recognized were gone.

Also, when did the “New Post” module change?  I know I haven’t been posting much lately, but sheesh…

*Edit:  My “a” seems to be disappearing as well.  The first title to this post was Random Disappearnces.