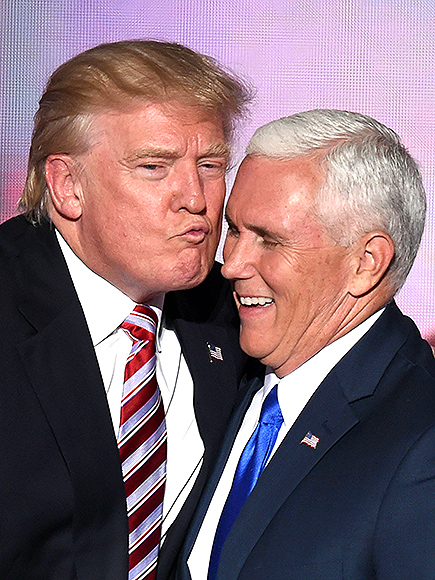 Now Mike Pence knows what it feels like to be groped by an entitled old white guy.  Just like a woman, he closed his eyes, hoped for the moment to soon pass, and thought, “someone, please, just tell me when it’s over.”

I wonder if this is what it looked like when Judas kissed Jesus.  Just.so.uncomfortable.

Since my own deconversion, or conversion to agnostic atheism, or whatever you want to call it, I’ve developed a devilish(heh!) sense of humor as relates to religion.  Or sarcasm.  Or cynicism.  Or a blasphemous sense of humor.

Whatever you want to call it.

So the other day a co-worker failed (again!) to turn in some paperwork that is vital to my job.  I playfully scolded him since I have no actual authority to properly scold him.

He tells me he’s sorry and he’ll try to do better(which is what he says each time).

“Don’t worry about it.  Just go say three hell Maries, throw some salt over your shoulder, and eat a piece of garlic.”

“Wait,” he says. Serious as a heart attack, “Are you Catholic?”

The moment entirely lost on him, “Oh. Well, as long as you’re not Catholic.  You know, they’re not really Christian.”

“Yeah, well, neither are protestants. Besides, saying hell Mary isn’t the same thing as hail Mary. You, know, as in, ‘Hell, Mary, don’t do that again!’  And throwing salt over your shoulder and eating garlic have nothing to do with being Catholic.”

“So, what?  Do you belong to one of those non-denominational religions?”

“Only if being sacrilegious counts.”